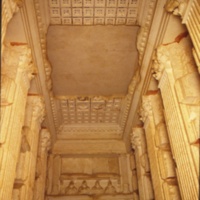 Palmyra Valley of the Tombs 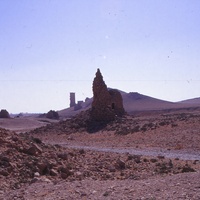 These pictures show some of the tomb towers that populate the 'Valley of the Tombs' the most famous necropolis associated with Palmyra and located south of the ancient city.

View of the Valley of the Tombs from Qalat Ibn Maan 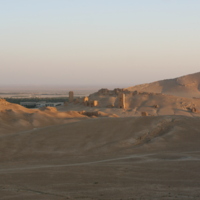 These photographs show the valley dotted with tomb towers south of the ruins of Palmyra. The pictures were taken from the hill on which the castle stands. 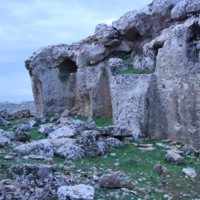