On Saturday 3rd June 2017 a training day was spent at the Simon Janashia State Museum (the National Museum of Georgia) in Tbilisi working with school teachers on how to incorporate museum collections and field trips into their classes. The day was organised by Professor Emma Loosley (University of Exeter), Dr Peter Leeming and Darejan Dzotsenidze, Head of Education at the National Museum of Georgia. 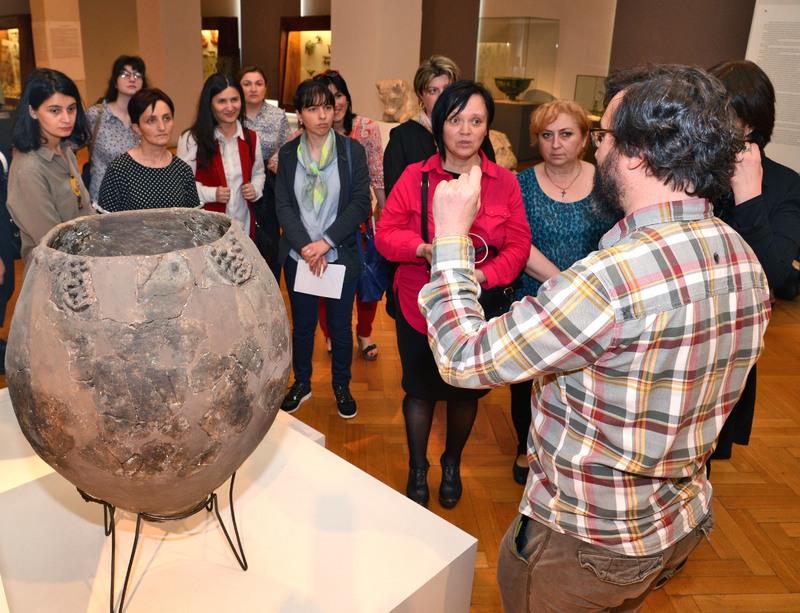 Since the fall of communism in 1991 Georgia has had to totally re-write historical syllabi and to reintegrate previously forbidden areas of study, notably Theology, into school curricula. A lack of funding across the educational and cultural sectors has meant that even the most motivated and dedicated of teachers has struggled to access training and resources to update and diversify their teaching materials and practices. The Director of the National Museum Prof. Dr. David Lordkipanidze has identified an urgent need to rectify this situation, as there is currently an acute recruitment crisis in the fields of archaeology and specialist curatorial staff. He believes that it is necessary to raise the profile of archaeology, history and related disciplines in schools in order to encourage Georgian children to consider studying these disciplines at a higher level. At a time when students are overwhelmingly choosing vocational, career-orientated subjects such as IT or International Relations, there is a need to encourage more talented students to opt for Humanities courses. 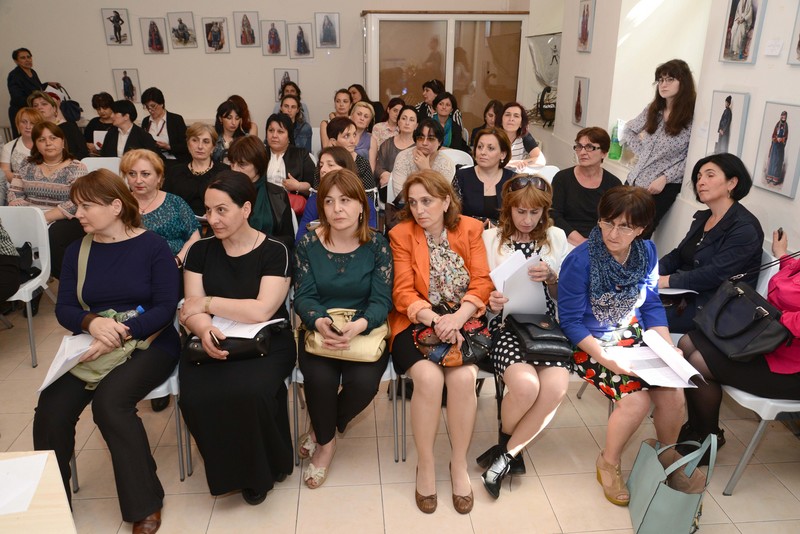 Therefore the study day was designed with the intention of giving teachers tools to make history seem more relevant and exciting with the intention of inspiring children to want to learn more. Accordingly the day concentrated on two periods that are exceptionally important to contemporary Georgians. Dr Leeming discussed how to teach human evolution with particular emphasis on the fact that Dmanisi in Georgia is the first site in the world known to have hominid remains outside of Africa. Using this fact he showed the teachers how to talk about the flora and fauna at the time that “Dmanisi Man (and Woman)” lived in the south of the country and showed them how to explain to children the origins of material culture - from modified pebbles as weapons through to decorated bone fragments that suggest the beginnings of Art. Professor Loosley took the invention of the Georgian alphabet in the fifth century CE as her starting point to discuss language and symbol and to introduce her audience to the concept of icons as visual texts used to teach the faithful at a time when books were rare and few people were literate. This was the starting point of a discussion on the interpretation of images and how layers of meaning would have been immediately obvious to a medieval viewer, but is now more opaque to the contemporary visitor. 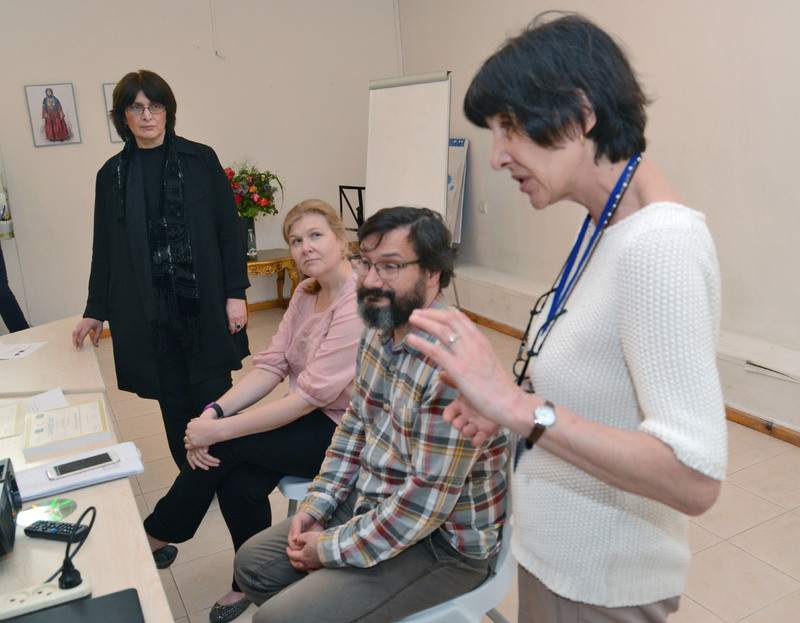 After lunch the two groups swapped so that everybody had the opportunity to visit both galleries and the day ended with a brief question and answer session before all participants were presented with a certificate of attendance and a group photograph was taken. 49 teachers attended from across the country – some travelling for upwards of five hours to attend from places such as Kutaisi and Zugdidi in the far west. The organisers were amazed and humbled by the long journeys undertaken by many of the teachers in order to participate in the day. In addition there were 10 junior members of museum staff and a representative from the Ministry of Education and Science who works on the inclusivity of minority groups. All participants were given draft versions of four information packs relating to four galleries of the National Museum as resources to use when planning lessons and tours of the museum. Having accommodated some of the feedback from the day, these packs are currently being expanded and translated and will now be published for free distribution to state schools across the country. The print run will be of 500 copies but the pdfs (in Georgian, but also in English for the benefit of international schools) will be published on the National Museum website for free download so that once the printed copies are all distributed others will still be able to access the material free of charge. 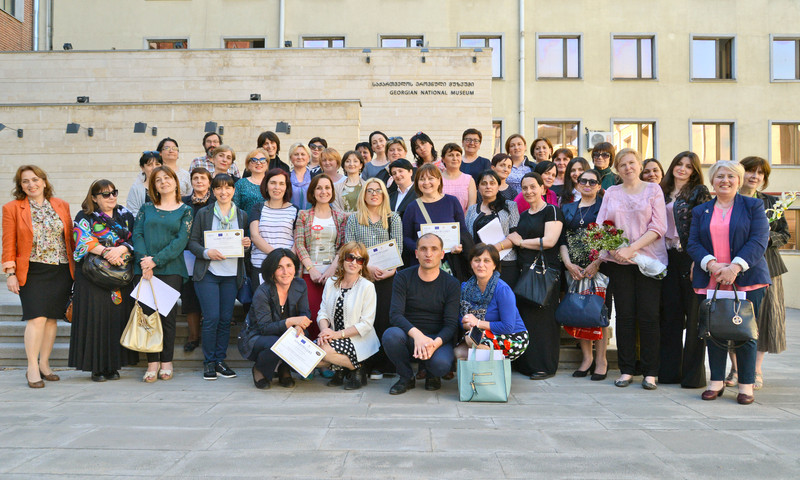