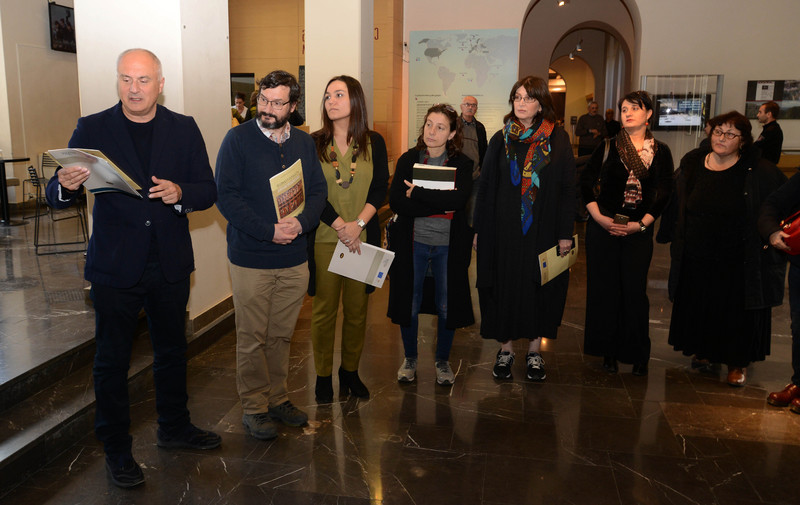 With the funding exhausted, there was just the simple matter of launching the products. The booklets and the panels were printed. Faced with a decision on how to announce them both, the Georgian National Museum opted for a practical launch, where training would be given rather than a static event in a lecture hall.

So, preparations were made for one last training session for teachers, to be held in mid-October. This was planned to consist of Emma taking the teachers through the Mediaeval Treasury and me doing the same with the Stone Age Gallery. Unfortunately, illness meant that Emma could not take part, so the teachers were given training on the Stone Age Gallery and the Egyptian Collection instead. 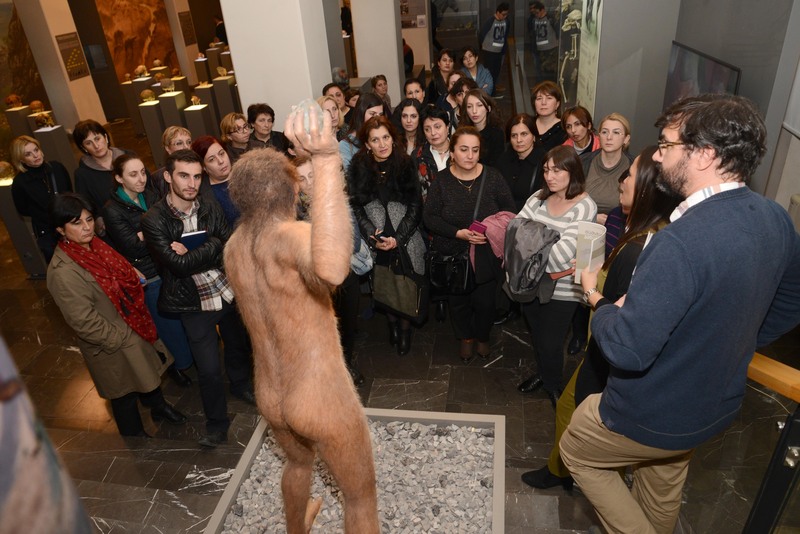 The event was launched by the General Director of the Georgian National Museum, Prof. Dr. Davit Lordkipanidze. He summarised how the funding from the University of Exeter and the voluntary work done by Professor Emma Loosley and myself had resulted in the four booklets, the three day trips to sites around the Mtskheta region and the exhibition panels being resources for the Georgian National Museum in its aim to expand its influence across Georgia. The eventual aim being a centre in each part of Georgia where children can come and learn more about archaeology.

The teachers were then shown the Egyptian Collection and the Stone Age Gallery and guided through the booklet for each. It was demonstrated that each booklet contained distilled information on each gallery, not intending that each object be taught, but rather that certain ones are chosen and taught in more detail. The booklets also contain wider information on the two galleries, which are not necessarily shown as part of the exhibited displays. For archaeologists and specialists this isn’t a problem, and it wasn’t for some of the teachers, but it could have been for some, so its inclusion was warranted.

Finally, the teachers were brought into the first showing of the touring panels, which are intended to be taken to schools where they can form a temporary display. The Deputy Director of the Georgian National Museum, Mr Mikheil Tsereteli, who had the idea for these panels, led this session. The panels describe what archaeology is and describe and show pictures of examples of archaeological sites and finds, most of which are from Georgia.

The teachers were all given copies of the four gallery booklets and a certificate of attendance. About 30 teachers, some of whom had come long distances, such as from Zugdidi, attended the event and they were given a final speech by a representative from the Ministry of Education. 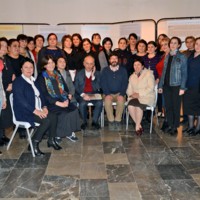 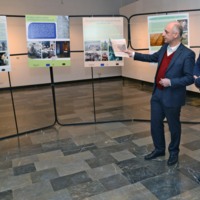 ← Teaching Resources for Georgian School Teachers; Information Packs for use in the National Museum of Georgia
A Last Hurrah: October Training Session for School Teachers