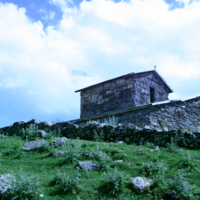 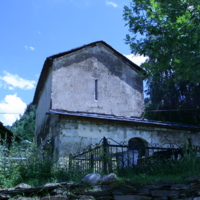 The Church of St. George in the village of Nakipari in the Ipari community in Svaneti is C10th and is known for its animal sculptures on the eastern façade of the building as well as for the interior frescoes painted by Tevdoré. 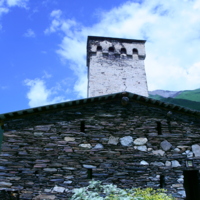 The monastery of Lamaria (Dormition of the Virgin) lies to the north of Zhibiani village in Ushguli community in Svaneti. Ushguli is the highest inhabited collection of villages in Europe and lies more than 2,200 metres above sea level. The monastery is being restored and a new community of monks has settled there post-communism. The church has not been damaged by too much intervention and, as with many other Svan churches, has an additional apses aisle to the south. This connects to the main chapel only by the narthex and has a cauldron in front of the altar for ritual animal sacrifice. In the main chapel there are interesting stone niches built into the iconostasis that do not correspond exactly to ambons and are of unclear liturgical function. The church is C10th. 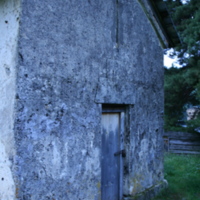 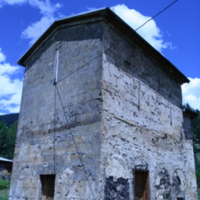 The C9th Church of the Saviour in Nesguni village in the Lenjeri community in Svaneti. 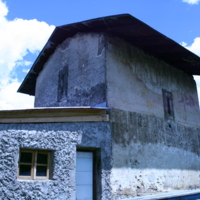 The Church of the Holy Archangels in Lashtkveri village in the Lenjeri community in Svaneti has frescoes on both its both its north and south sides dating to the C14th-C15th. The northern side depicts a scene from the ancient Georgian Amiran-Darejiani romance. 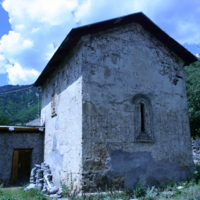 The Church of St. Gabriel in the village of Lashtkveri in Lenjeri community, Svaneti is also known as Mkheri Church. 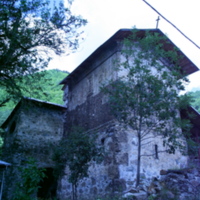 The Church of the Saviour in Lagami, in the Mestia community in Svaneti is extremely unusual in being a two storied church. The lower church was built in the C10th and possesses an C11th-C12th fresco cycle. Above it is the C14th upper church which has both interior and exterior frescoes. 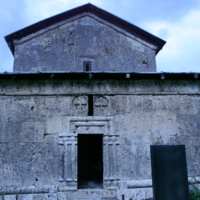 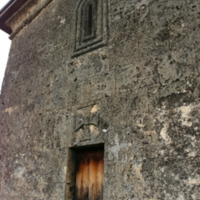