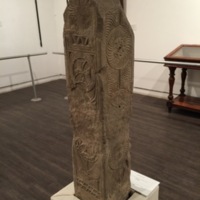 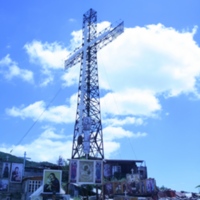 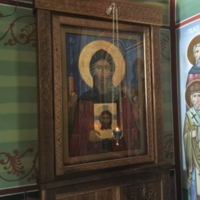 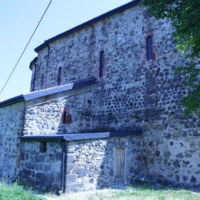 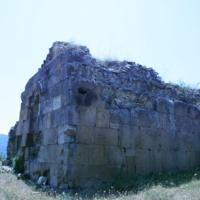 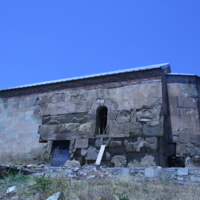 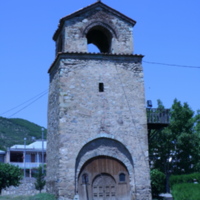 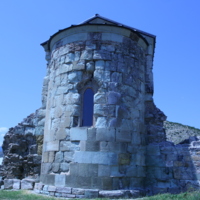 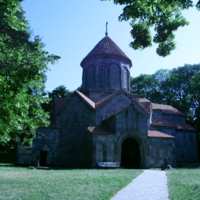 Manglisi Sioni church dates back to the C5th and was extended and altered up until the C11th. It was initially centrally planned, but has changed shape significantly over time including the addition of a porch at the west end and another narthex, with a small chapel/shrine open to the elements on one side to the south of the church.