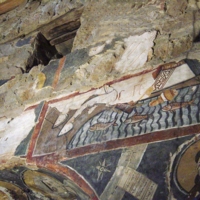 This east-facing equestrian saint above the western spandrel of the southern arcade is popularly believed to have been St. George. Only the bottom of a white horse crossing a fish-filled sea is still extant. 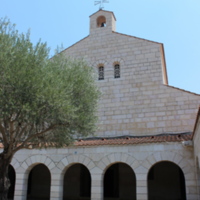