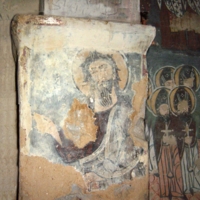 This picture of St. John the Baptist was taken shortly before the fresco was cleaned and consolidated in the summer of 2003 and is located facing east on the pillar adjoining the west wall. 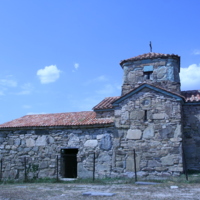