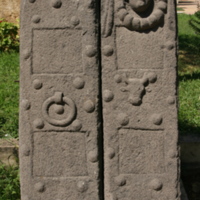 The entrance to Dayr Mar Elian 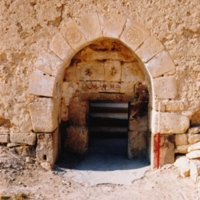 In this picture of the entrance to the monastery hand prints can be seen over the lintel. These were made by people making a vow to the saint and sacrificing an animal (goat or sheep) at the site and leaving a bloody handprint over the entrance to seal the prayer.