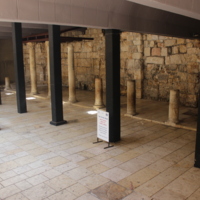 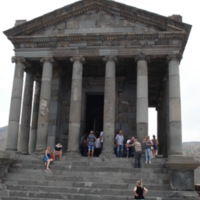 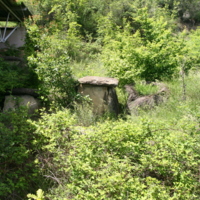 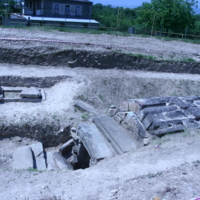 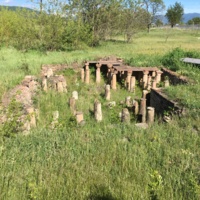 Limestone funerary relief of a woman 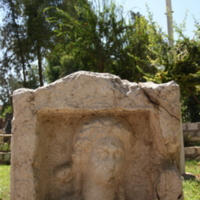 This limestone bust of a woman is now in the garden of the National Museum of Damascus. 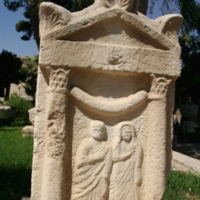 This limestone relief in the garden of the National Museum of Damascus depicts a deceased couple between two columns with an unfinished looking garland displayed above their heads.

Basalt funerary stele of a woman 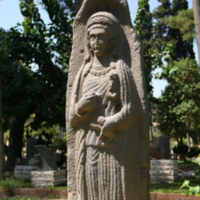 This basalt stele shows a full-length portrait of the deceased. It is currently on display in the garden of the National Museum of Damascus. 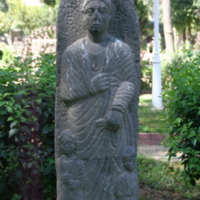 This stele shows a large sculpture of a man accompanied by the smaller figures of a woman and child and a Greek inscription. It is currently displayed in the garden of the National Museum of Damascus. 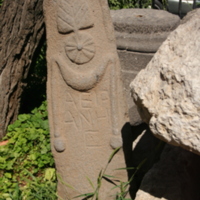 This funerary stele shows items that meant something to the deceased along with a crude Greek inscription. It is now displayed in the garden of the National Museum of Damascus.