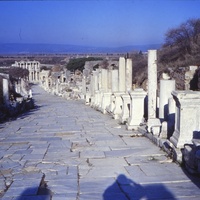 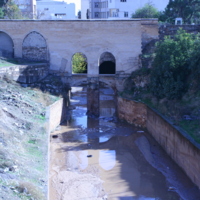 View of Justinian's C6th aqueduct looking across from the Millet Bridge.