This figure faces west under the most westerly arch of the southern arcade. The identification is unclear, but this is the only female saint to be shown with her hair uncovered and appears to represent an aristocratic or imperial figure. This picture was taken shortly before the painting was cleaned and consolidated. 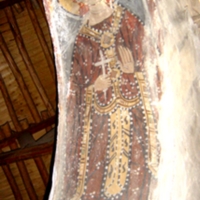 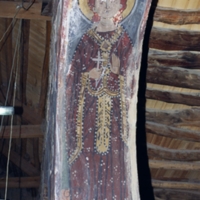 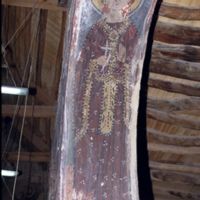